Trilingual families: The evolution of “Mom…”

Now let’s turn our attention to my three-year old, who is producing a veritable linguistic smorgasbord of his own. As you know, above and beyond mastering the key language milestones required from a pre-schooler in ONE language, we are encouraging him to master those of THREE.  Although, the dominant language remains English, he is currently incorporating more and more words (of all three languages) into our daily exchanges. Saying that, he is going to spend a few days in Switzerland with his father and exclusively French-speaking grandparents, so we will tally the French-English ratio when he gets back.

However, I would like to use this post to focus on another development which I hope you will find as interesting as I do: his intonation and accent. Because – and please bear with me while I go on a related tangent here – accent is a fundamental aspect of any language. In his guest post entitled The secret to developing an awesome accent on Luca Lampariello’s website*, Olly Richards sums up why a “good” accent matters:

“Like it or not, you probably instinctively judge someone’s ability in a language by their accent within the first seconds of them opening their mouth.

It’s also natural to feel self-conscious about your own accent and what it might say about you.

Functionally, a good accent is a reflection of the ability to communicate clearly.

But there’s a lot more to accent than pronunciation and communication.  Accent brings you into the intangible, and no less important, realms of identity, psychology and society.

Accent matters because the more natural your accent is, the more authentically people will respond to you, and treat you like a friend, rather than a foreigner who needs a different kind of attention.

Now, think about what happens if your accent is unintentionally poor.

–       People think, perhaps unfairly, that you have a poor grasp of the language

–       You force the listener to strain to understand, impairing communication

–       Your message can be misunderstood

Now, some people might view accents as a way of fine-tuning a language. After all, accents change, can fade, can become more pronounced over time or can be learnt completely afresh (as demonstrated repeatedly by actors of all genres). Seeing as my son is just at the very beginning of what will (hopefully) be a life-long language learning journey, why am I worrying about his accent now? Well, as any good parent would, I essentially want my child to be able to communicate clearly and secondly to be “treated as a friend, rather than a foreigner”. 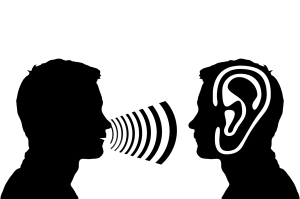 Until now, my son has faithfully reproduced the Mancunian accent spoken to him at nursery, leading to some interesting interactions between us reminiscent of Lois and Stewie Griffin from Family Guy – American-twang mom vs. a (not-quite-as-posh as Stewie) British toddler. So, imagine my surprise the other day, when I hear my son calling for me from the living room in that melodramatic whiny tone that I thought was only reserved for petulant American teenage girls (admittedly, he had been calling for me for a few minutes for something only he thought was extremely urgent, but it was definitely the last yell that my caught my attention): “MO-OOOOM”. Not mum, mummy, or even the Swiss-German Mammi (which is pronounced similarly to mummy) – no, my pre-schooler son’s tone and accent had somehow transformed into that of a child who would feature perfectly in My Super Sweet 16**.

Obviously, I wondered where in the world that had come from. Apart from myself, I do not know of anyone else in my son’s entourage who speaks with an American accent, let alone who would have passed as a thirteen-year-old American girl. After a great deal of head-scratching, it dawned on me: the unfortunately sometimes oh-so-handy nanny Netflix. My son had recently taken a shine to watching an animated series about a plucky teenage girl and her horse who gets into all kinds of adventures with her friends in a small Western town, and I think he decided to mimic that particular accent. Admittedly, it was just the one word, but it got me wondering how early on babies, toddlers and children are capable of discerning and distinguishing one accent from another.

Cue our old friend Google, where I found an excellent study entitled Perception and awareness of accents in young children in the British Journal of Developmental Psychology (from The British Psychological Society)***. According to this article, children’s ability to acquire new dialects after moving from one region to another is already well-established, but It is only relatively recently that researchers have pursued a more in-depth interest in “the origins of children’s superior dialectal learning ability”.

Now, I won’t explain all the experiments and findings detailed in the study but will summarise the essentials. The study showed that Australian infants as young as 3 months old were able to “discriminate” between Australian and British English accents, and the same applied to American infants as young as 5 months. However, it also identified a “U-shaped curve in the ability to perceive regional variations of the maternal language between infancy and adulthood” as the infants being studied in this case apparently “lost” this ability between 6 and 8 months. On the other hand, according to the results of the experiments conducted in the study:

“[…] it would appear that by the age of 5, children are able to perceive differences between varieties of accents in their maternal language, but that they have a greater awareness for the characteristics of foreign-accented speech than for regionally accented speech.”

In other words, it would seem that my 3-year old is not aware that he and I are speaking two different varieties of English accents, and that his adoption of “mom” was less an adoption of my variant but rather an unconscious reproduction of a beloved cartoon character. I am already looking forward to the day where he will ask me “Mummy, why do you sound different to me when you speak English?”

P.S. After my son’s aforementioned stay at his grandparents, I am now officially known as Maman. Hilariously, he has perfected the French version of maman, whereas his pronunciation of papa in French is still tinged with an English accent which makes him sound like a post-war British public schoolboy (pa-paaa…)

* Richards, O. (2014) The secret to developing an awesome accent [Internet]. Available from https://www.lucalampariello.com/developing-an-awesome-accent/

** In case you didn’t already have the pleasure of knowing about it, here is a link to sneak previews of this quality prime-time documentary: http://www.mtv.com/shows/my-super-sweet-sixteen